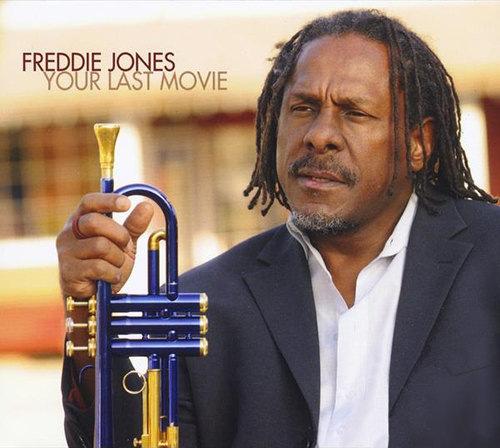 Freddie Jones is a popular jazz trumpet player and composer. With an amazing musical gift, Freddie Jones thrills a jazz-lover’s soul! Audiences are in awe of the sound he can coax from his horns. Freddie has taken his trumpet and his group on the road to hot spots from Austin, to Chicago, New York and everywhere in between. He has also performed in Paris, The Hague and Rotterdam. His band, the Freddie Jones Jazz Group, never fails to pull in the audience and deliver an exciting sound.

Jones’ great talent, bred from his musical roots in Memphis, his jazz studies degree from the University of North Texas, and his passion for playing, have earned him a devoted following in contemporary jazz circles. Freddie has shared the stage with such greats as David Sanborn, Freddie Hubbard, Chuck Magione, George Benson and Najee.

On the sly, Freddie founded Trumpets4Kids Foundation to be able to donate trumpets to students who can’t afford them.

Freddie has produced five highly acclaimed CDs and is a frequent guest on other musicians’ recording projects. His CDs are available online at CD Baby and Amazon.